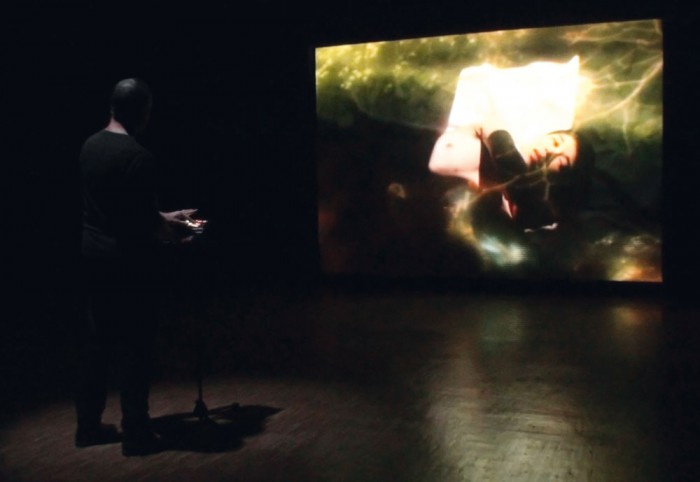 Installation, 2013
In dialog with the movie Last Room by Pierre Carniaux

Artist Thierry Fournier teamed up with director Pierre Carniaux to create together a diptych, composed of the interactive artwork on iPad Dépli and the film Last Room, both based on the same footage in Japan. The project proposes a new form of cinematographic writing that engages the viewer’s gaze, status and practice.

The film Last Room combines stories shot in hotel rooms with a collective history surrounding the abandoned island of Gunkanijima. It deals with the relationship between the collective and the intimate, the spoken word and the landscape.

Dépli enables viewers to navigate through the film’s shots and space-time, using a tactile interface. A “playable” cinema, in which the viewer reclaims, through his gestures, part of the cinematographic writing. Developed on iPad, Dépli can be experienced individually at home or collectively, in an exhibition context or in a movie theater – after or before the film. The film’s space-time is treated as a seamless on-going matter in which the spectator navigates, through a tactile interface that involves him physically. This navigation can be felt as the path of a body and a gaze : moving within temporality, sliding or mixing from one shot to another, playing variations of the shot’s speed… Using an interface on tablet, Dépli can be showed and played in movie theaters, exhibitions or at home. 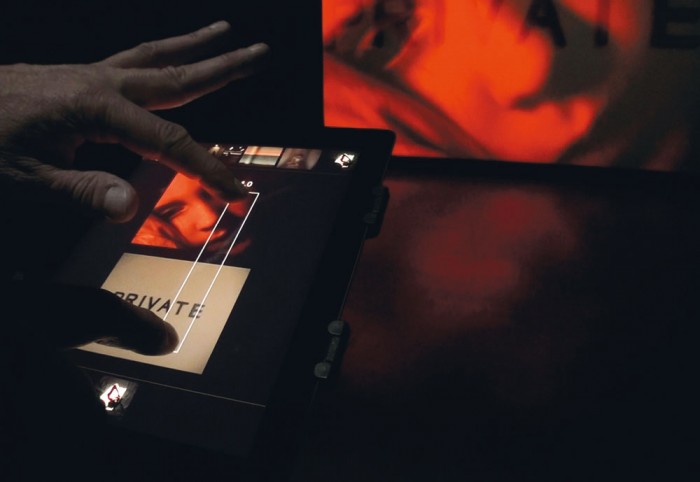 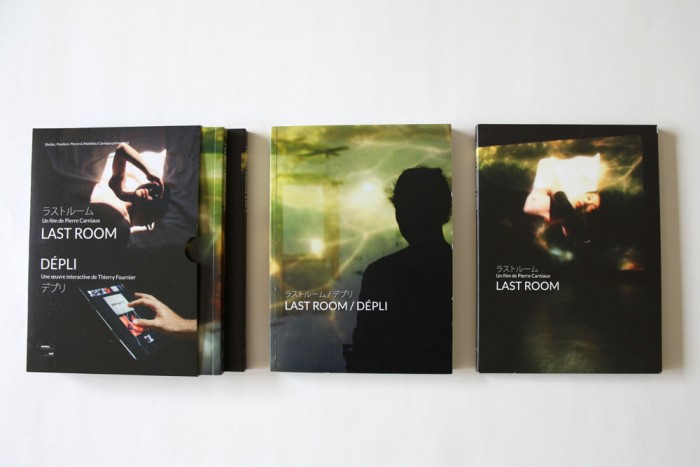