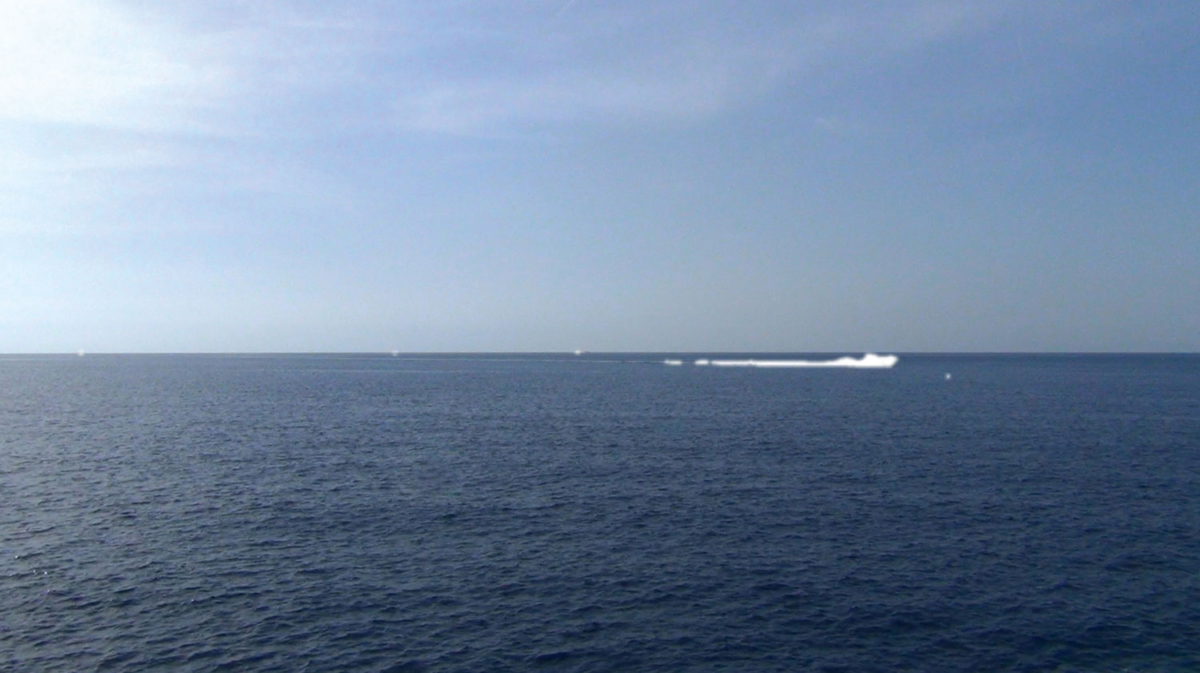 The Lookout (in French: En Vigie) is a series of generative videos, which establishes a paradoxical relationship between looking and waiting. A landscape chosen by the sea or a large river is filmed in a fixed shot. The image is then interpreted by a program: each movement is highlighted, like a firefly. All these movements control the movement of a reading head in an orchestral crescendo (20″ of Beethoven 3rd symphony), which never ceases to vary and whose climax never occurs.

Through this situation of artificial cinematographic suspense, the landscape and the horizon become the object of a shared gaze between human and machine, which questions our physical limits but also the contemporary forms of augmented surveillance – in which the European seas are particularly invested.

A screen wonders if the person who observes it is human (“checking you are human….”). It hesitates, it calculates, a wheel turns. Finally, it stops and thanks. Then it starts again, ad infinitum.

Borrowing the language of the captchas, « Just in case » sets up a fictional situation where an apparatus would have become legitimate to detect alone who would be human or not. For a very brief moment, we may think that the screen is actually observing us – besides, does it compute when we are not there? For this entity repeats indefinitely its process, we quickly understand that it plays alone. So, after considering for a brief moment the dystopian hypothesis that a machine could become legitimate to evaluate us, one can continue to watch it, as the uncanny spectacle of an autonomous life form.