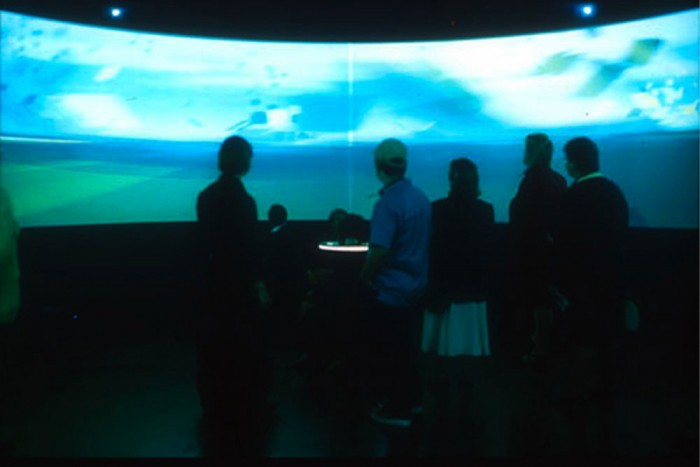 The Nibelungen Treasure is based on the medieval text of the Nibelungen Lied and the myth it has become: an invisible monument in the german history and in the city of Worms, where the Lied takes place. Visitors entering the installation see the city of Worms from underneath, as if the ground were transparent. Beneath their feet, the bottom of the world stretches into infinity like an impossible chaos. In this space, between the town and the bottom of the world, the imaginary space of the myth develops itself.The visitor moves intuitively in this space, as if he were floating, by means of a circular joystick that he can manipulate in all directions. All the visual and musical elements are generated in real time, in relation to the visitor’s movements on the interface. The spectators influences the content and the form of the score, and the way its parts link and mix. The instrumental gesture of the spectator leads into an experience of time: a continuous circulation in the inner matter and construction of music. The music and soundtrack of the whole museum has been also created within the same project. 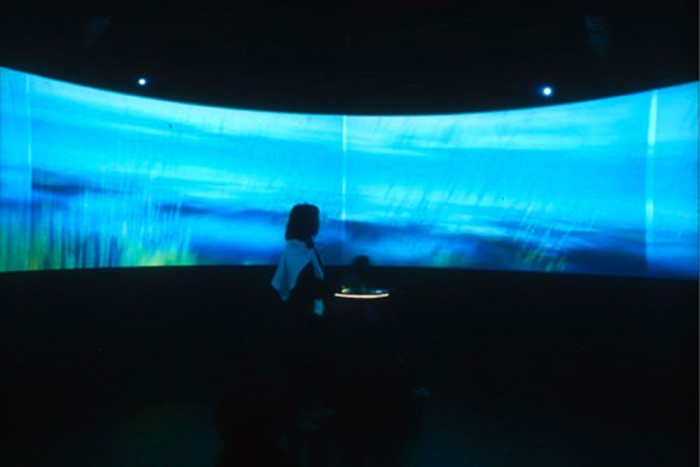 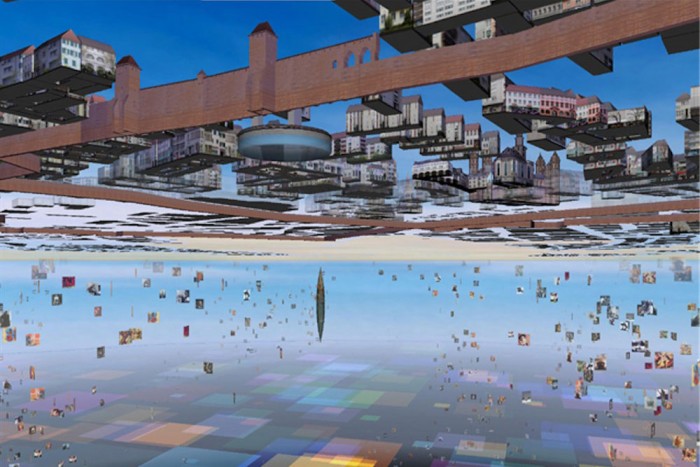 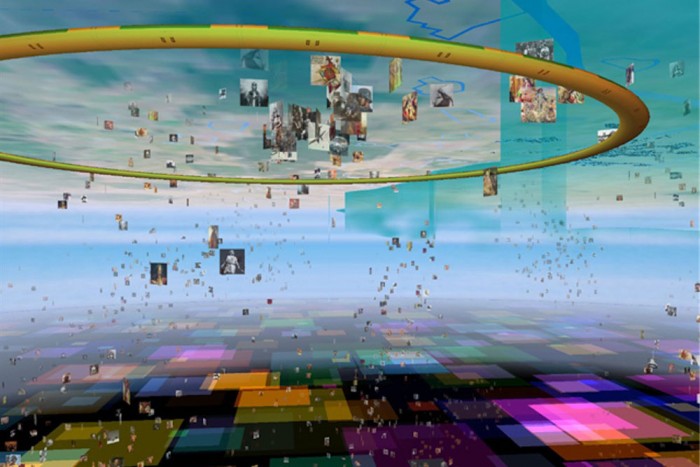 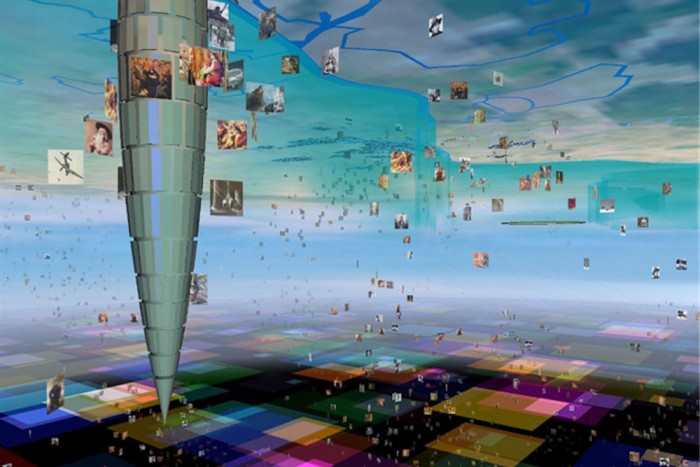 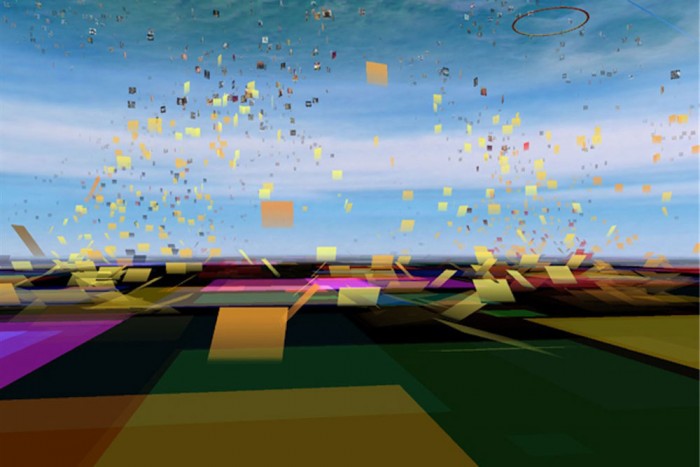