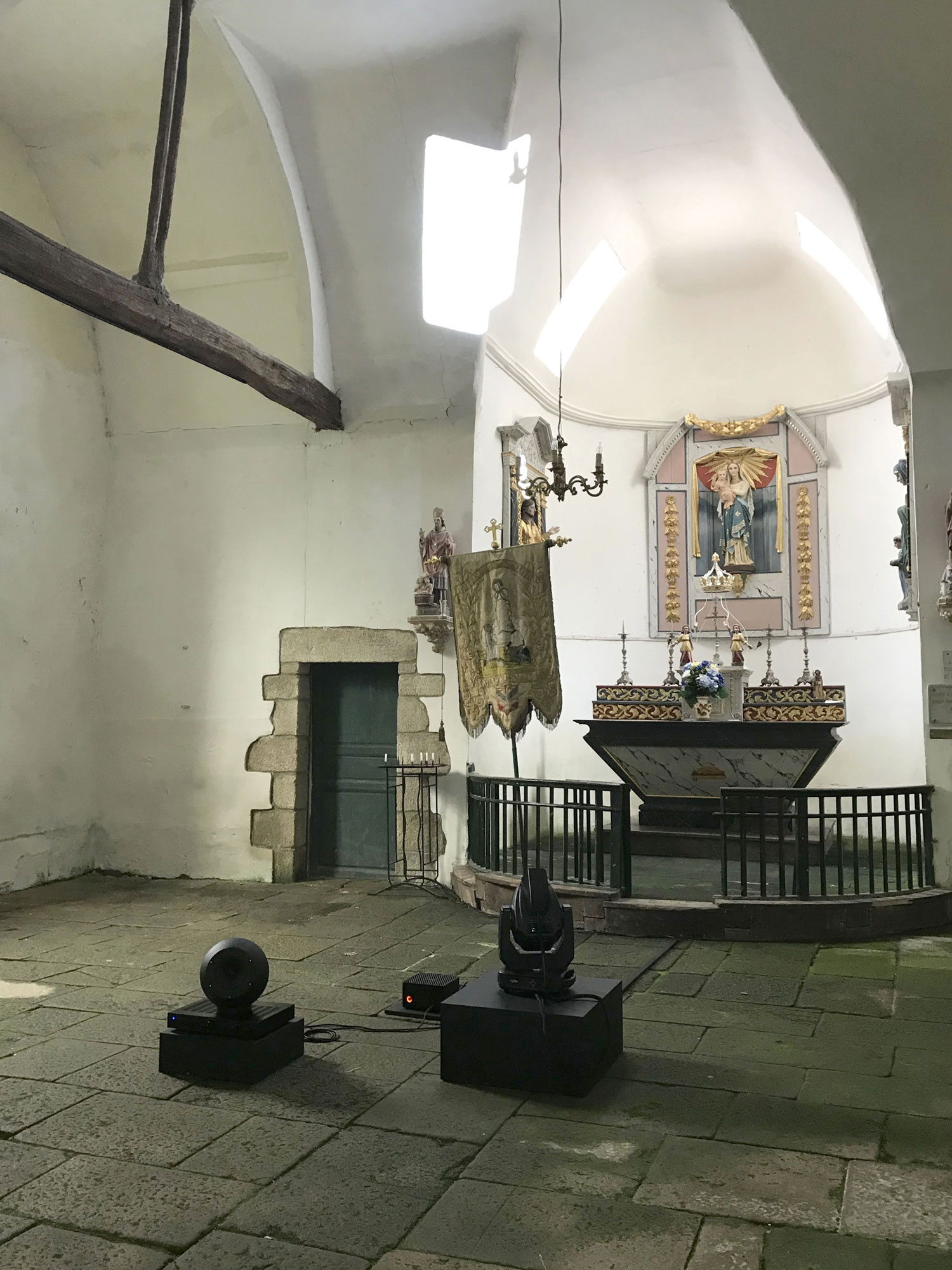 Light projector, camera, screen, amplifier and speaker, computer, program, cables
L’Art dans les chapelles festival, Pontivy (FR), Notre-Dame-du-Moustoir, Malguénac, 18 July – 22 September 2020
Please note that the video shows the French version in a church, but the behavior and the text are aimed to be rewritten each time in situ. 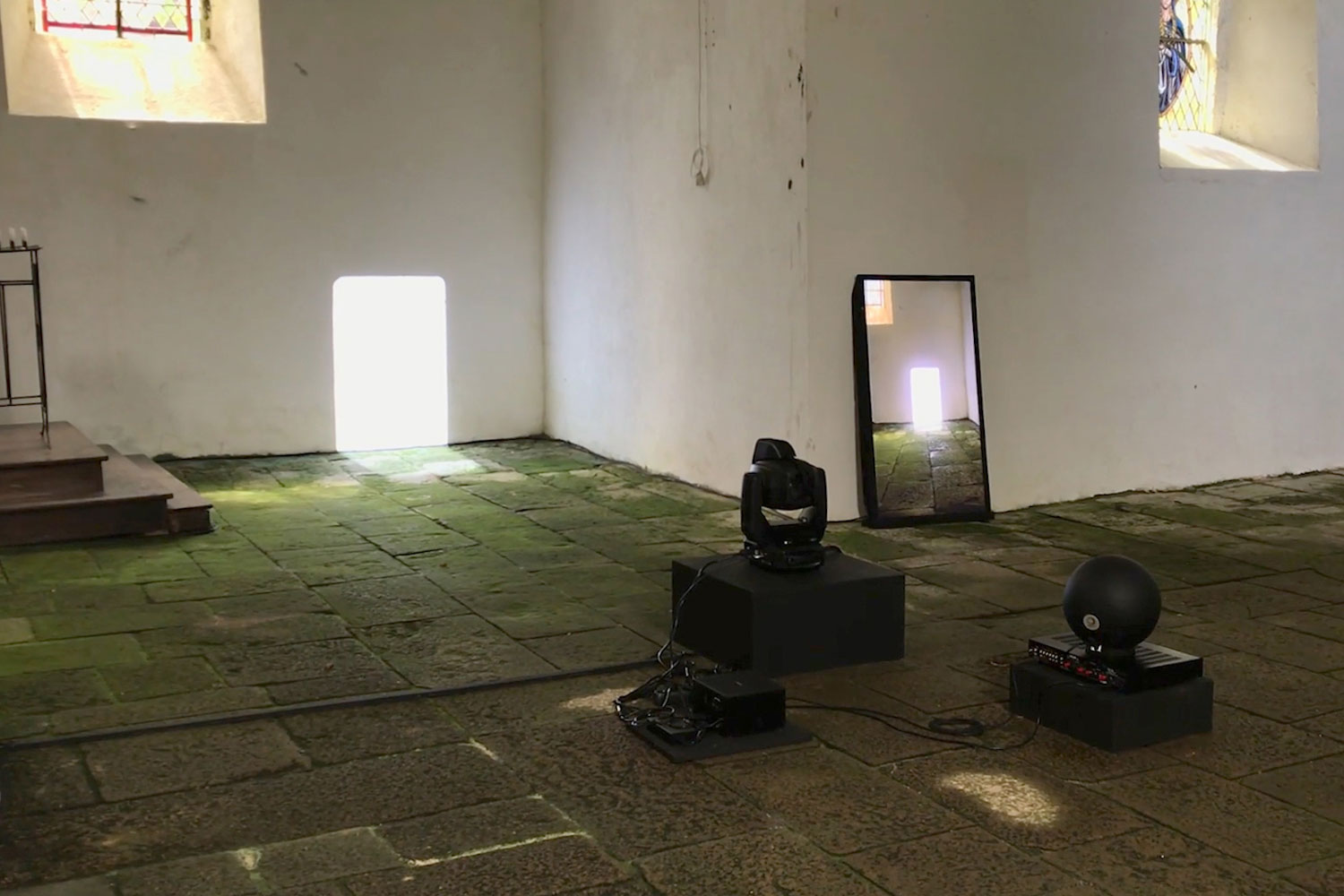 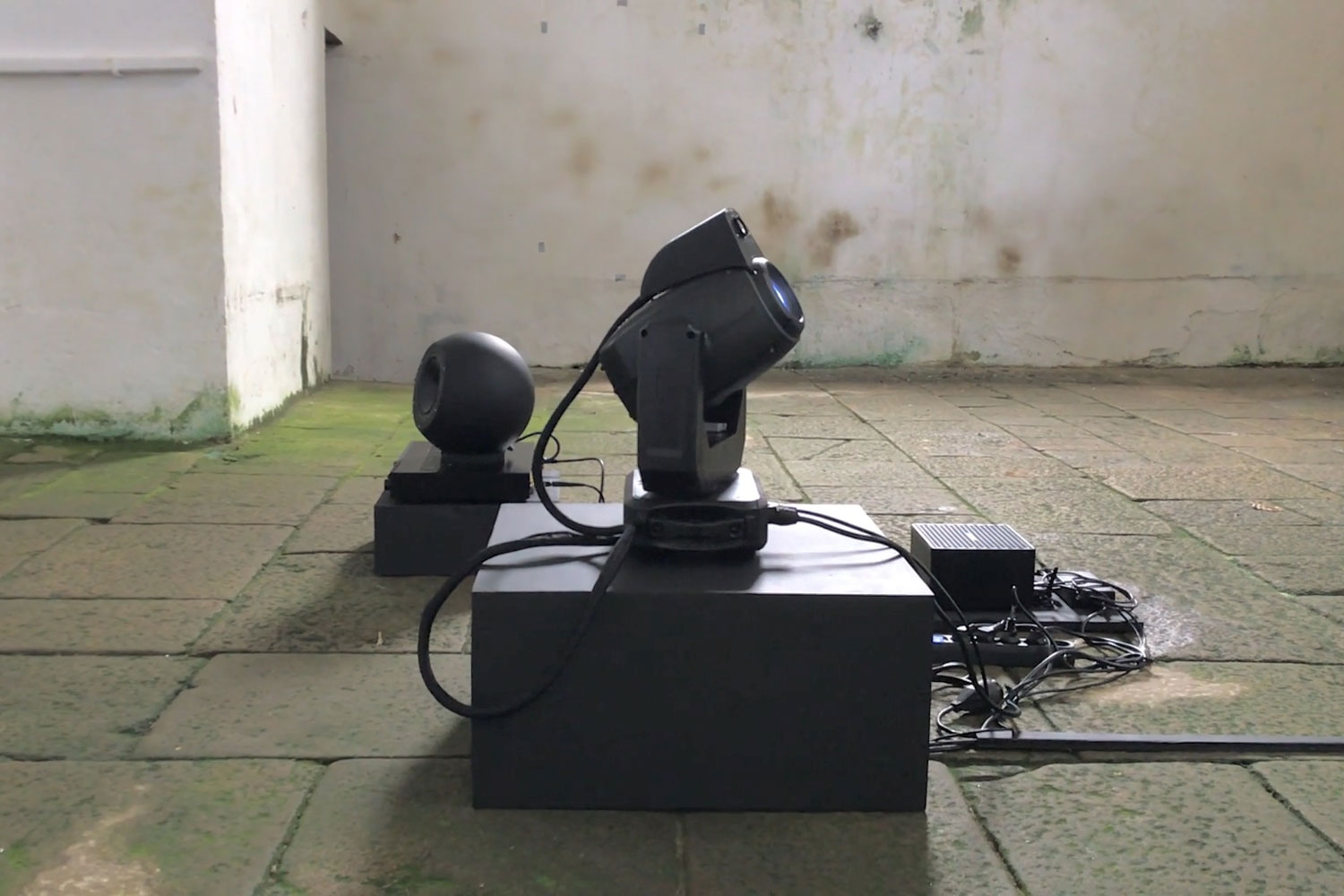 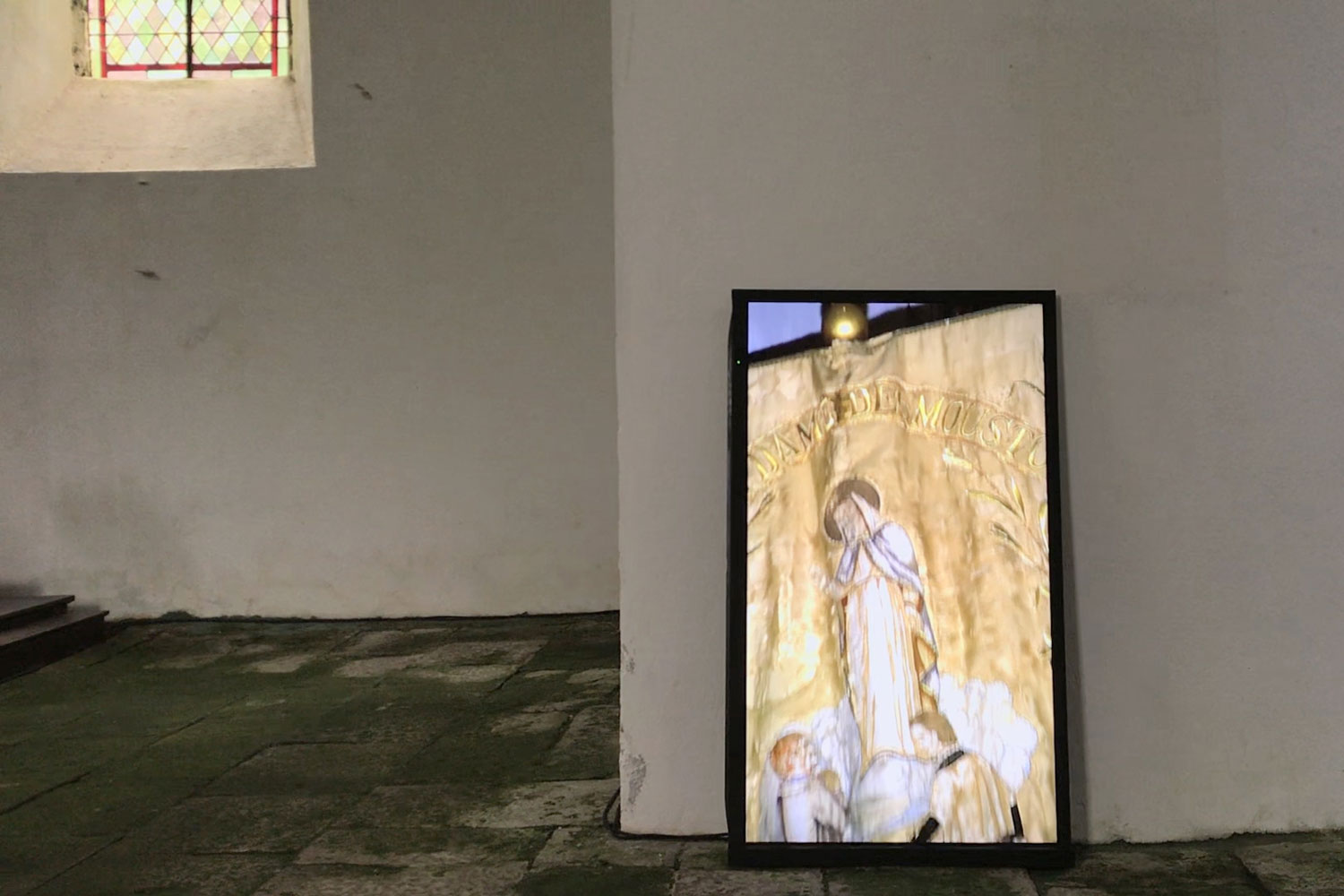 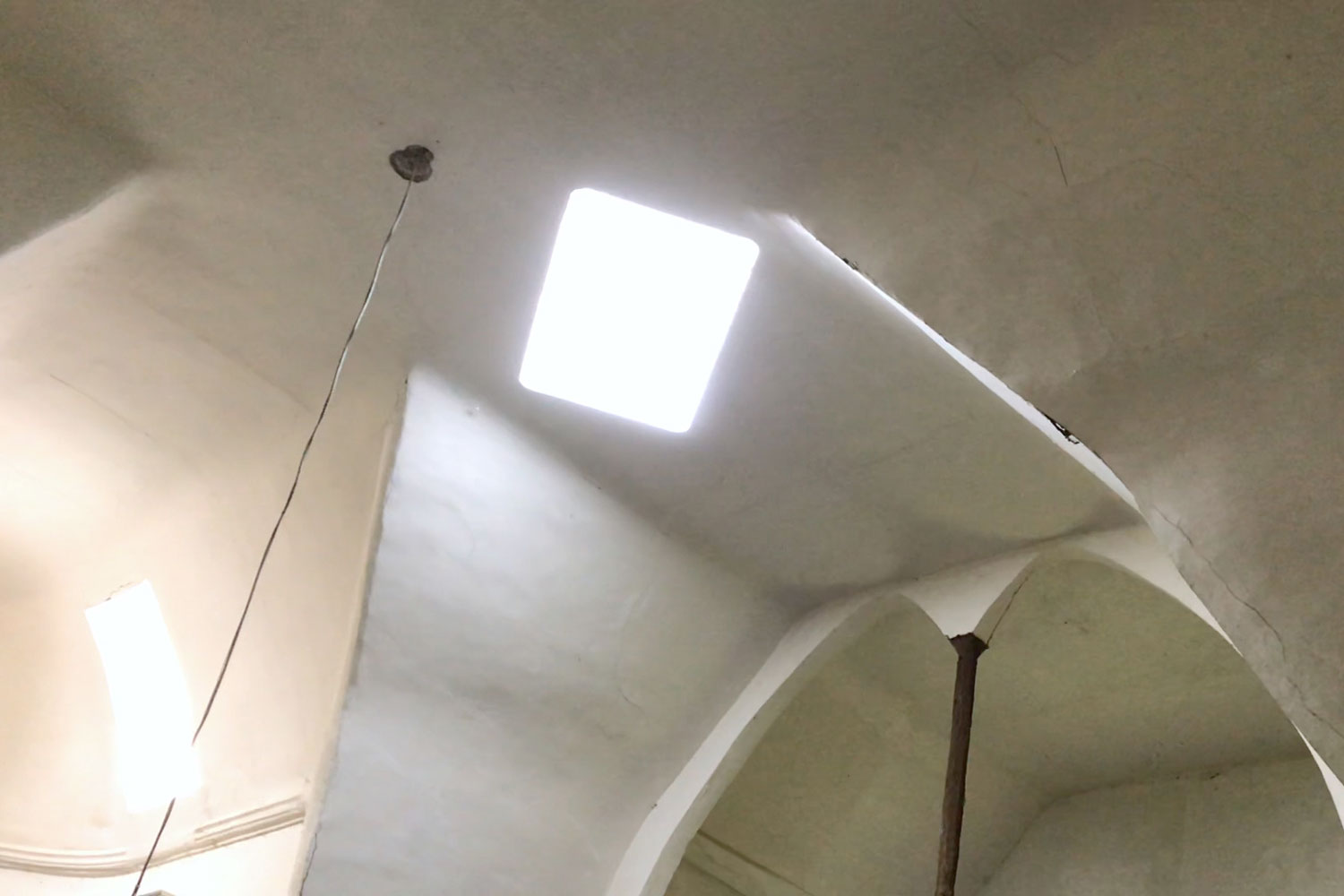