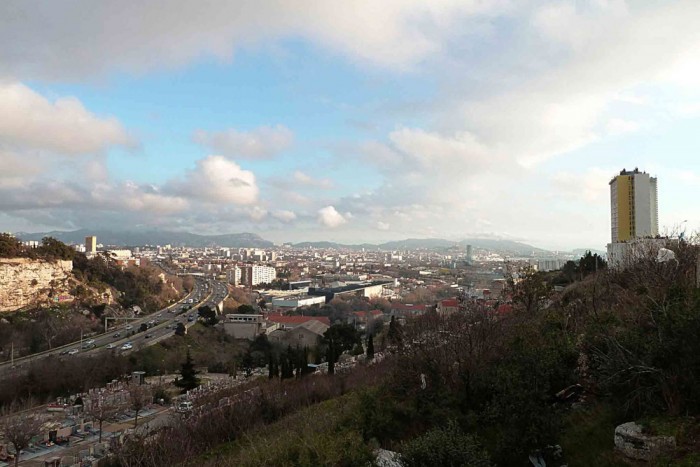 The Ultima Thulé series consists in four video loops shot in Northern districts of Marseilles: the Viste ravine; Oppidum of Castellas ; the Tour Sainte district and the Lyon and Zoccola streets with the Coptic church and the clandestine flea market. The viewer access to the course of a view drawed by a body in these urban spaces.

The Greek explorer Pytheas, who was based in Marseilles, is the first to have written of “Thule” after his travels between 330 BC and 320 BC to the undiscovered islands of the North beyond Britain. Since the Medieval period, the word refers to the borders of Europe and by extension to the farthest lands we could point out.

Production : Zinc / Friche de la Belle de Mai, with the support and guidance of Dominique Poulain in Höfn. Many thanks to Emil Elias, Father Aghnatyous Ava Mina and the community of the Coptic Church of Marseilles.