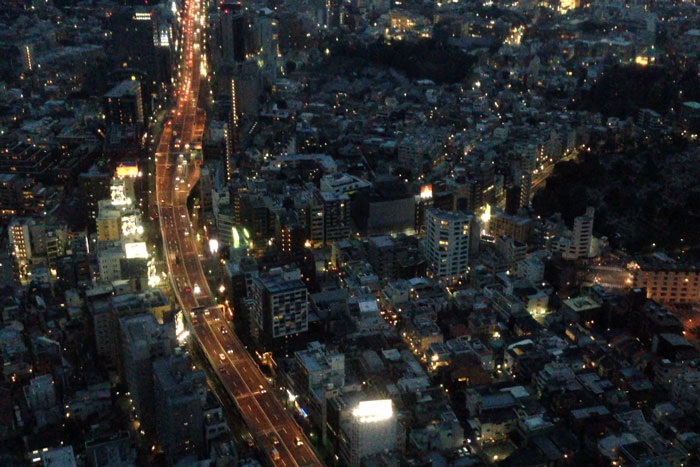 Lux Scène nationale de Valence is delighted to present Thierry Fournier: Overflow, a solo exhibition. A french contemporary artist, Thierry Fournier provokes situations of otherness and sociality to address their individual, collective and fictional stakes. He is especially interested in the way these questions are redefined thru our current relationship with the images, networks and medias. In a minimal aesthetic, his works proceed by shifting phenomena (which are often found objects or processes from our physical or digital environment) through space or time, in order to create new meanings: living and nonliving, human and machine, fiction and reality, intimate and collective…

Overflow brings together several of Thierry Fournier’s recent works that each concern experiences of the relationship between data flows and the human: sound or networked installations, videos and performances. From social networks to live information feeds, to collective protocols, the artist stages confrontations between programs and our physical limitations: perception, the body, and temporality. The works decode and suspend these flows, highlighting stakes that involve the senses but are also political: 3D landscape generated in real time by tweets expressing desires (Ecotone), fictionalization of reality with live news feeds and blockbuster musics (Precursion), implosion of the language confronted with a TV (Closed Circuit), intrusion of a control within the exhibition space (Set-up), etc.

The word overflow refers to a spill over (of natural phenomena or of programming variables that exceed their reference), or even a submersion, perhaps that of our perception being saturated by data that overwhelms it. It is through the distance that separates us from the world that we shape our representations, even though we live in a culture where images are progressively replacing reality. The network is ubiquitous and is fed by individuals through increasingly present capture devices, in an economy whose attention has become the raw material. However, resistances to these systems continue to occur: distance is shifting, an exteriority is always possible.

The works presented in this exhibition are attentive to these paradoxes, generating specific relationships between environments, bodies, perception and language. The overflow referred to in the title isn’t only that of the data flow, but also and symmetrically that of the human being who finds himself confronted to it.

A catalogue of the exhibition is published by Pandore. It features critical texts by Jean Cristofol, J. Emil Sennewald and Pau Waelder, a substantial iconography of the works and work documents.

Ecotone generates an infinite 3D landscape from live capture of tweets read by synthesized voices, which all have in common to express desires : I wish, I would love, I would be so great… A camera endlessly moves on in slow motion through this artificial paradise.

Extracted from their original context and from the codes of a social network, these personal thoughts (and sometimes very close) are thus projected into a collective space and form an involuntary narrative. Through the issues of these words thrown like prayers or messages in a bottle, the work questions the permanent visibility and the traces of these lives on the internet, addressing the fluctuating boundaries of privacy and secret. 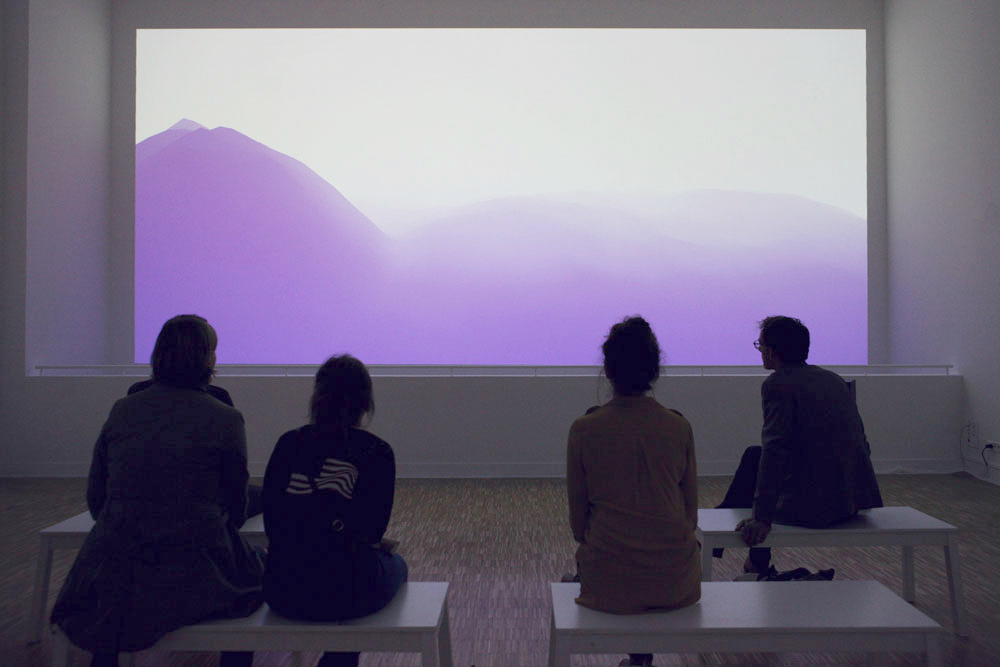 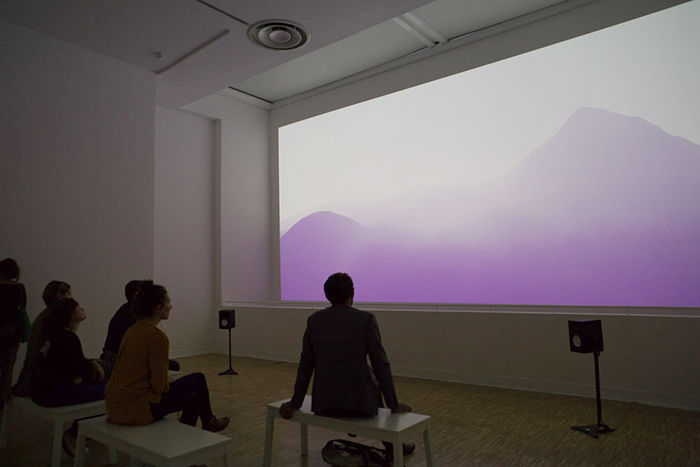 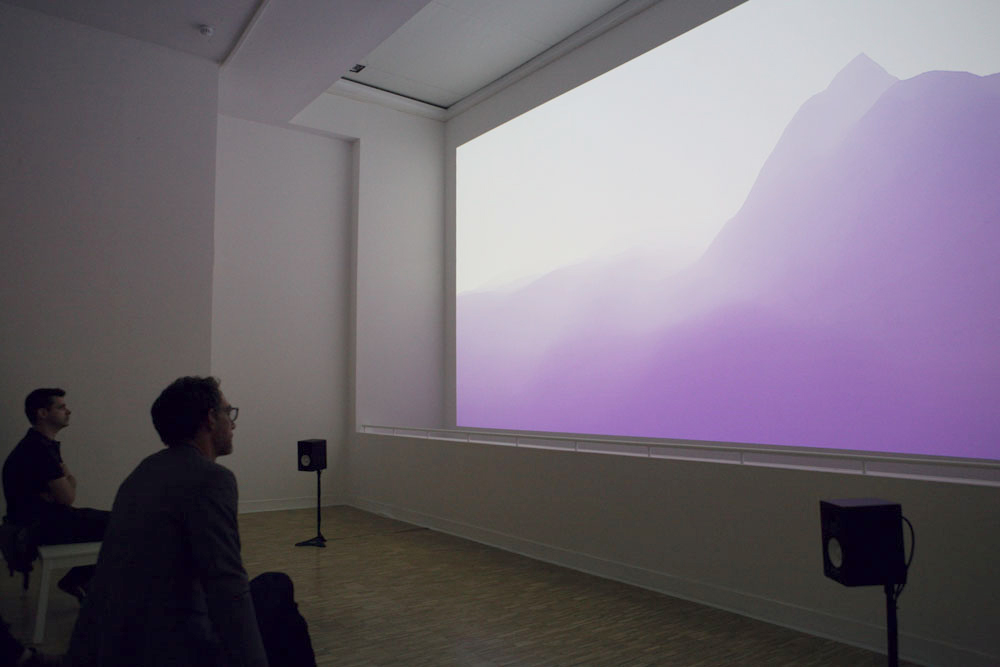 A program assembles randomly real-time news feeds, extracts of blockbusters musics and video footage shot in situ, in the exhibition surroundings. The video produced is infinite : the installation continuously generates the realtime editing by combining these three elements. The layering of meanings that result – sometimes comical, sometimes tragic – highlights a general and social storytelling, always centered on the imminence of the event or disaster : the attention economy at work. For each exhibition, the work is contextualized with videos shot in situ and local RSS feed. 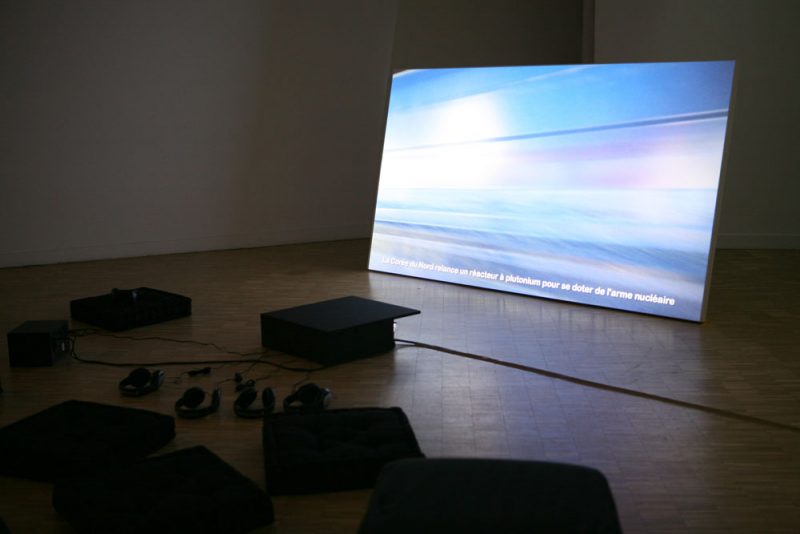 Closed Circuit
Video of a performance (2008)
Excerpt of the performances series Outside Lectures, with Emmanuelle Lafon.

Seated with headphones in front of a TV during the commercial break and the evening news, Lafon must respect a certain protocol that demands that she exhaustively repeat everything she hears and describe everything she sees, which is physically impossible. The flow of speech and resulting stuttering directly express the tension between the spew of information that is delivered and a saturated individual attention span. 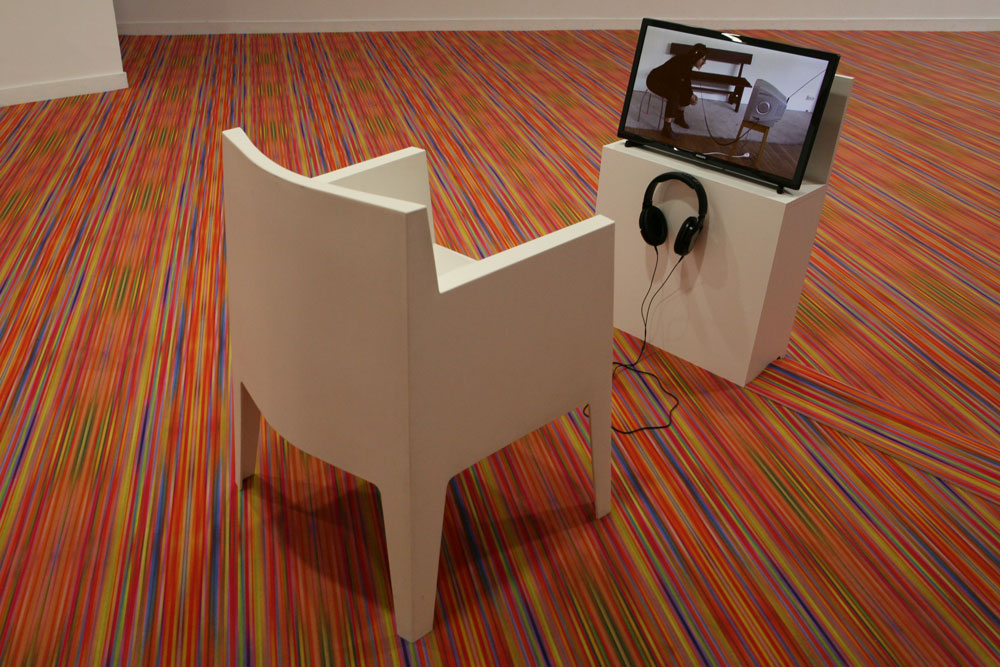 The series of three videos Ex/ if (Mori, Service, Cool, 2014) presents urban situations captured by the artist during a trip to Japan that highlight situations involving regulation, in which the social body and robotic behaviors converge: urban flows filmed from a tower reminiscent of a panoptic structure, enabling an all-embracing vision; a tennis practice session during which each player systematically screams out a description of his actions; a panoptic device set-up on the rooftop of a building where the accumulation of outputs generated by surveillance sensors is accompanied by an elevator music. 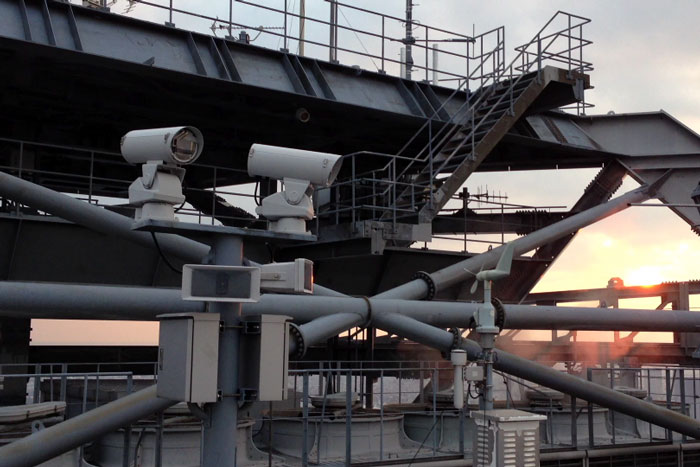 Set-up gives orders to exhibition visitors, in the tone of service and security messages: “Everything’s going to be alright”, “Everybody down!”, “If you’re young, rebel against older people”, etc. Playing on the ambiguity between artwork and service messages, Setup suggests a fantasy of control of the spectators, to which the apparatus addresses itself, as if to visitors of an amusement park or an hostile environment.

– Setup : voice by Juliette Fontaine, texts written in collaboration with Jean-François Robardet.
– Précursion : work created during Thierry Fournier’s residence at the Maison Populaire in Montreuil in 2014, with the support of the department of Seine Saint-Denis. Mathieu Chamagne collaborated on the programming portion of the work.
– Ecotone : Lux Scène nationale de Valence and Synesthésie coproduction in the context of Thierry Fournier’s residence in 2014. Programing and creative participation by Olivier Guillerminet. With the support of DICRéAM, of the SCAN Rhône-Alpes Fund and of the Region of Ile-de-France.
– Circuit fermé : performance from the Conférence du dehors cycle, designed and developed by Thierry Fournier, created and produced during his residence at La Chartreuse – Centre national des écritures du spectacle in 2008, with Emmanuelle Lafon. Coproduced with Pandore Production. Special thanks to Franck Bauchard.
– Ex/if : special thanks to the Institut Français in Japan, Samson Sylvain and Isabelle Olivier.